Abnormal uterine bleeding may consist of profuse bleeding during a woman's menstrual period or bleeding at other times during the month. There are several considerations that will affect the treatment options available to reduce or alleviate the problem.

Heavy bleeding does not always warrant treatment, and the amount of bleeding might dictate which treatments are appropriate. Typically, gynecologists will consider heavy bleeding a problem based on the amount of feminine hygiene products you need and if heavy bleeding causes additional problems like anemia. The benchmark for abnormal bleeding may be if you soak through the highest absorbency of feminine hygiene products available within an hour. In some cases, prolonged bleeding can be the problem even if the daily amount of bleeding might fall within a normal range. For example, some women experience bleeding multiple times per month or have periods that last longer than a week.

The underlying cause of abnormal bleeding will influence the treatment options available. Women who experience heavy bleeding during their period might benefit from the use of hormone-based birth control. Progesterone or progestin-containing birth control methods, such as pills or IUD, can make a dramatic difference in the amount of bleeding that occurs during your period. Other considerations can include abnormal bleeding caused by a medical condition, such as a hyperactive thyroid, polycystic ovarian syndrome, cancer, fibroids, or a thickened uterine lining. If abnormal bleeding is caused by a hyperactive thyroid, treating the thyroid with medication will usually resolve abnormal bleeding. Other conditions like cancer or fibroids will warrant surgical treatments to remove the abnormal tissue or remove the uterus entirely.

Where you are in your family planning journey can also affect which treatments are appropriate. Women who plan to have children may benefit from conservative treatments that are unlikely to affect the uterus long-term. More conservative treatments may also mean that the heavy bleeding returns. For example, dilation and curettage is a procedure where the uterine lining is scraped away. This can temporarily reduce abnormal bleeding, but excessive lining is likely to develop again over the coming months. Women who do not want children or have finished having children might opt for more extensive treatments, such as endometrial ablation which destroys the endometrium. In some instances, a hysterectomy might be appropriate for women who are finished family planning and have many large fibroids or extensive cancer.

Abnormal uterine bleeding can have many underlying causes that warrant treatment. The appropriate treatment will be dependent on each woman's unique needs. For more information about abnormal bleeding treatment, contact a local gynecologist or OBGYN. 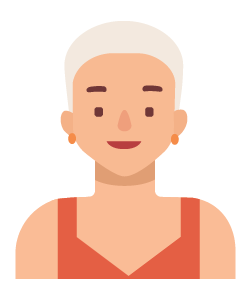 Hello. I’m Kaitlyn Masters. Welcome to my website about OBGYN services. When I was pregnant with my first child, I had severe morning sickness throughout the entire pregnancy. It was so bad that I had to have regular IV fluids to keep my baby and I hydrated and healthy. My OBGYN acted as a constant source of support in keeping us healthy and comfortable through this process. I decided to create this site to help others understand the value of having a quality OBGYN on your side. Whether you are pregnant or never plan to be, you can benefit from having this professional looking out for you.